Since the pandemic there has been a boost in numbers of people getting afloat – mostly sailors relatively new to the sport – and the RYA and the Royal Ocean Racing Club (RORC) are keen to encourage as many keelboat and cruiser-racer sailors as possible to enjoy racing at their clubs or local regattas. Recognising the need for, and current lack of an entry level rating system, the RYA and RORC have joined forces with the South West Yacht Time Correction Factor (YTC) rating system to develop and roll out a new initiative: the RYA YTC, powered by RORC Rating.

YTC has been developed over recent years by a group of volunteers, initially based in Falmouth, but now more widely spread across the South West, to rate the wide variety of cruiser/racer yachts to be found racing in clubs so that they can race against each other easily, competitively and fairly. YTC is based on the statistical models developed by Linda Wolstenholme of Emsworth Slipper SC, but the system has developed significantly since the early days and, for those clubs who wish to use it, a means to introduce more accurate results-based club handicapping. Under an innovative tripartite agreement, the existing YTC core team, led by RYA SW Regional Chair Chris Davis, will continue to advise and support both the RYA and RORC in order to achieve both a seamless transfer for existing users and development and alignment of the system with IRC. The RORC Rating office will bring their unrivalled operational knowledge of rating systems to managing the new system and overseeing future development.

“We recognise the existing RYA National Handicap for Cruisers system (NHC) was not fulfilling clubs’ needs and nobody is keener than my team to see more boats out enjoying racing on the water. Having a good, proven rating system that is portable between clubs and regattas and available nationally, free of charge to anybody wanting to go racing, must be a good thing.”

“YTC has proven popular in the South West and has been successful in encouraging more boats into the sport. The system provides an excellent, simple entry-level introduction to racing without the need for personal handicapping, and we are enthusiastic that expansion will help many clubs increase their racing fleets. For those keen to progress further it acts as a simple stepping-stone to IRC racing; the gold standard for rating.”

The aim of the new management team is to move systems across and embed the processes in 2022 before really promoting the system and encouraging more clubs to adopt the system in 2023 and beyond.

SW YTC Chair, Chris Davis added:
“This is an exciting time for the YTC system. It is important to us that sailors and clubs that already use this system have a seamless transition to the new management group. All current YTC ratings and certificates for 2022 will remain valid and the process will remain free of charge. I would like to thank all the volunteers that have worked so hard, for over 10 years now, to implement YTC in their clubs and regattas, and of course our sponsors here in the South West. We in the core team are delighted that YTC will be developed further, whilst maintaining the current ethos of the system for the good of anyone wishing to go yacht or keelboat racing at club level.”

Any club wishing to adopt the RYA YTC for their club racing, or any boat owners interested in obtaining an RYA YTC rating, can find all the details at ytc.rorcrating.com or swytc.org.uk. 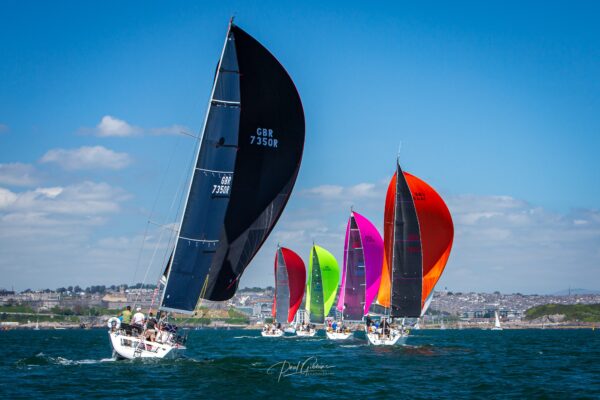